The Cathedral Choirs under his leadership maintain a busy schedule of services, concerts, and tours. He is the director of the Cathedral Chorister program, which features advanced choirs for boys, girls, and young men. He has helped to establish the Cathedral Music School, with a mission to extend music education to underserved populations in Columbia. A frequent guest conductor and clinician, he served recently as music director for the RCSM Carolina Course at Duke (2019), and will serve as music director of the Saint Thomas Girl Chorister Course in 2023. As an organ recitalist he has appeared in major venues across the US, Canada, Great Britain, and Australia, and his recordings appear on the Pro Organo and JAV labels.

Jared is a graduate of Oberlin College, where he earned degrees in English and in Organ Performance, studying under Haskell Thomson.  Upon graduation, he was awarded a Watson
Fellowship for the study of conducting in London, with special emphasis on training treble voices.  He earned graduate degrees at Yale University, where he was a pupil of Thomas Murray. Prior to his appointment at Trinity Cathedral in 2003, he served on the music staffs of Trinity Church on the Green in New Haven, CT; Berkeley Divinity School at Yale; Trinity Church, Copley Square; and the Memorial Church at Harvard.

In Columbia, he has chaired the Artistic Committee of the South Carolina Philharmonic, and has taught organ on the faculty of The University of South Carolina School of Music. 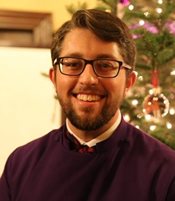 William Douglas is Associate Organist and Choirmaster at Trinity Cathedral in Columbia, South Carolina.  At Trinity, William accompanies and assists in conducting the Cathedral choirs in rehearsals and services. He also assists in the education of the choristers and the planning of liturgies at the Cathedral.

William is a graduate of the University of South Carolina where he earned a B.Mus. and M.M. in Organ Performance as a pupil of Dr. Jared Johnson. He also studied continuo and harpsichord with Dr. Jerry Curry. William was a recipient of the Summerall Award from USC.

Most recently, William served as the Lloyd Cast Organ Fellow at Cathedral of All Saints – Albany, NY. There he fulfilled the role of sub-organist of the Cathedral and assisted in the weekly education and running of the historic Cathedral Choir of Men and Boys. 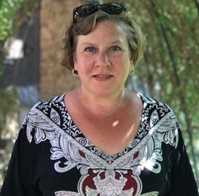 Laura Rosier is our Music Associate and Music Administrator. Laura is a native of Columbia, SC, and a graduate of AC Flora High School and the University of South Carolina (BM Organ Performance and German).

Laura grew up at St. John’s Episcopal Church in Shandon where she sang in the choir. She studied piano and organ with Isabelle Mauterer and later with English Morris. As a senior in high school, Laura was hired as the Assistant Organist at St. Michael and All Angels (Columbia), to play for the Sunday noon service. She went on to become the Director of Music at St. Michael’s, taking over an active Parish Choir and developing a Schola Choir, a Praise Choir, a Handbell Choir, and overseeing the Royal School of Church Music children’s choirs. She also sang weekly with the children of the Early Learning Center.

Laura sang for ten years with The Sandlapper Singers under the direction of Lillian Quackenbush. She has also attended the Sewanee Church Music Conference in Sewanee, TN, every summer since 2010. She is a member of the American Guild of Organists and the Association of Anglican Musicians.